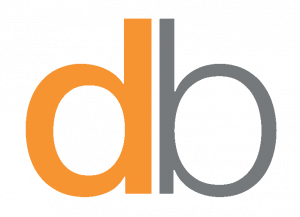 Alto Shaam have been a leader in the food service industry since first becoming established in the 1960s. At Direct Brand we are proud to supply many Alto Shaam parts for ovens and warmer. Our products range from fan motors to thermostats.

A Brief History of Alto Shaam

The founder, Jerry Maahs entered the food service industry as the first franchisee of Chicken Delight in Wisconsin in 1955.

By the 60s, Maahs set out to be able to serve his customers with hot chickens throughout the cold months of the Wisconsin winter. He previously found it difficult to keep the chickens at the right temperature for extended periods of time without degrading the foot quality. To tackle this, Jerry wrapped cables around an insulated container and used the thermal energy to heat them evenly. This became Halo Heat, and was put to full use in the original Alto Shaam cook and hold oven. This oven was made for low temperature, and potentially overnight cooking (and holding, obviously). It has been adapted in recent times but is still put to use today in many kitchens.   It cooks food slowly and evenly, as well as keeps it hot for extended periods for serving convenience.

Despite the extended product lines of the last 30 years, they have not deviated from their goal of providing innovative kitchen solutions that make things easier for their customers.

Since 2010 they have picked up two Kitchen Innovation awards. The 2010 Combitouch control oven was given this prestigious award, followed by the second KI award in 2017. This one was for their collaboration with Appliance Innovation which resulted in the introduction of the Vector Multi-Cook Oven.

We have express shipping options on all Alto Shaam replacement parts. Split payment on orders over $99 when you choose to pay with PayPal.